I’ve done 70 miles before. It wasn’t that bad. It’ll be easier when I’m on A1A. I need to stop listening to myself sometimes! It was a great day, but I’m exhausted!

The start of the day was boring inland Florida, but the I hit Daytona Beach. The boardwalk was a nice ride. I was never really considering scooting on the beach. Especially after the dirt road yesterday. Then I saw the ramps to the beach for cars. It was solid enough. The guy did warn me I might get stuck. I did. After 5 miles. What a great ride. I think some people might be ordering Trikaroos after watching me zoom down the beach. 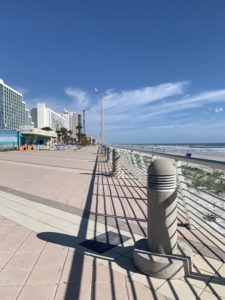 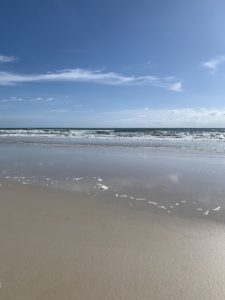 Flagler Beach had a lot of construction. Normally that would worry me. It gave me a nice wide scooting path that actually sped up the ride. After a lunch stop in Flagler Beach, I went another 20 miles until the battery died. Driver pulled up 5 minutes later. After scooting on a nice wide path south of St. Augustine, the next battery died only 3 miles from the next stop. Driver showed up 10 minutes later. 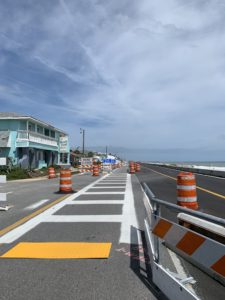 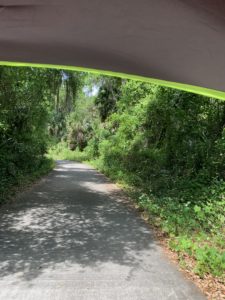