Whew. Crazy two days! After staying in Palm Beach things went a little astray. Since it was my longest trip so far (50 miles), I wanted to hit the road a little early. I left Palm Beach at 7:15 in the morning and left my “support” to sleep in since everything was going well. Everything went well, for me.

Driver (he wants to be unnamed) woke up an hour after I left and accidentally locked himself out of my uncle’s house. The luggage, keys and his phone were on the inside. He tried to get back in and ended up talking to a neighbor. The neighbor called the police who eventually called my uncle. All of this was happening unbeknownst to me as I scooted north.

On my scoot, I had brunch with my Uncle Jimmy who lives in Tequesta. During this 9:30 brunch I called Driver a few times. No answer. I started to get a little worried, but continued my trek north. After another 20 miles and 4 1/2 hours after I left, I get a call from Uncle David telling me that Driver was locked out. Knowing Driver was ok, I went a little further until the battery got low.

I sat at the Stuart Publix for another two hours. That is where I took my mirror photo. Driver showed up around 3pm and I still had to scoot to New Data Field (Tradition had a name change). I ended up getting to my final stop at 5pm. Greeting me were Driver and my amazing friends the Ridingers. 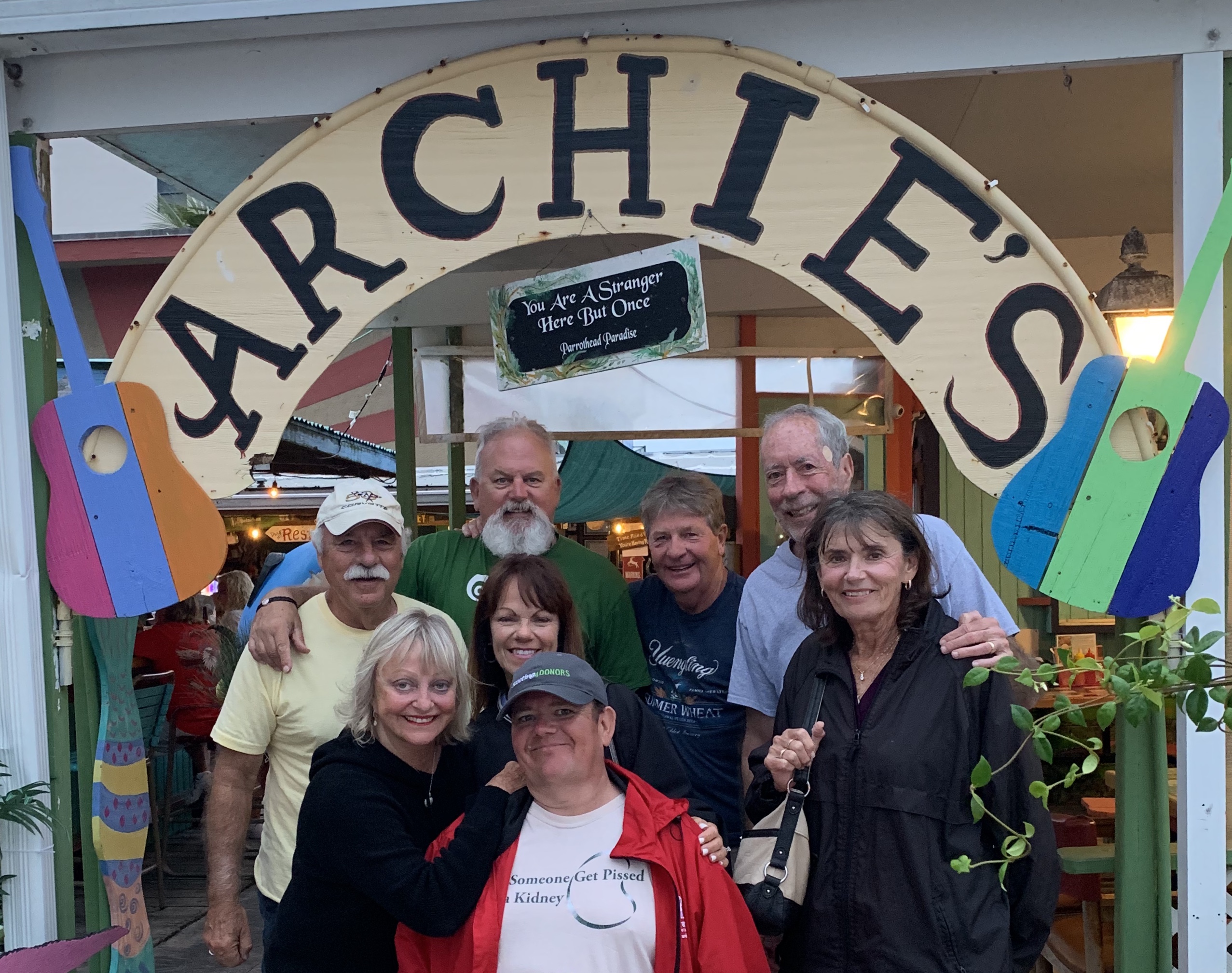 After arriving in Port St. Lucie, we immediately booked it to Hutchinson Island and my favorite place on the island, Archie’s Seabreeze. More Island Friends were there for dinner and a send off the next morning.

It’s only noon and I’m ready for a break. Good thing I’m finished scooting until tomorrow.